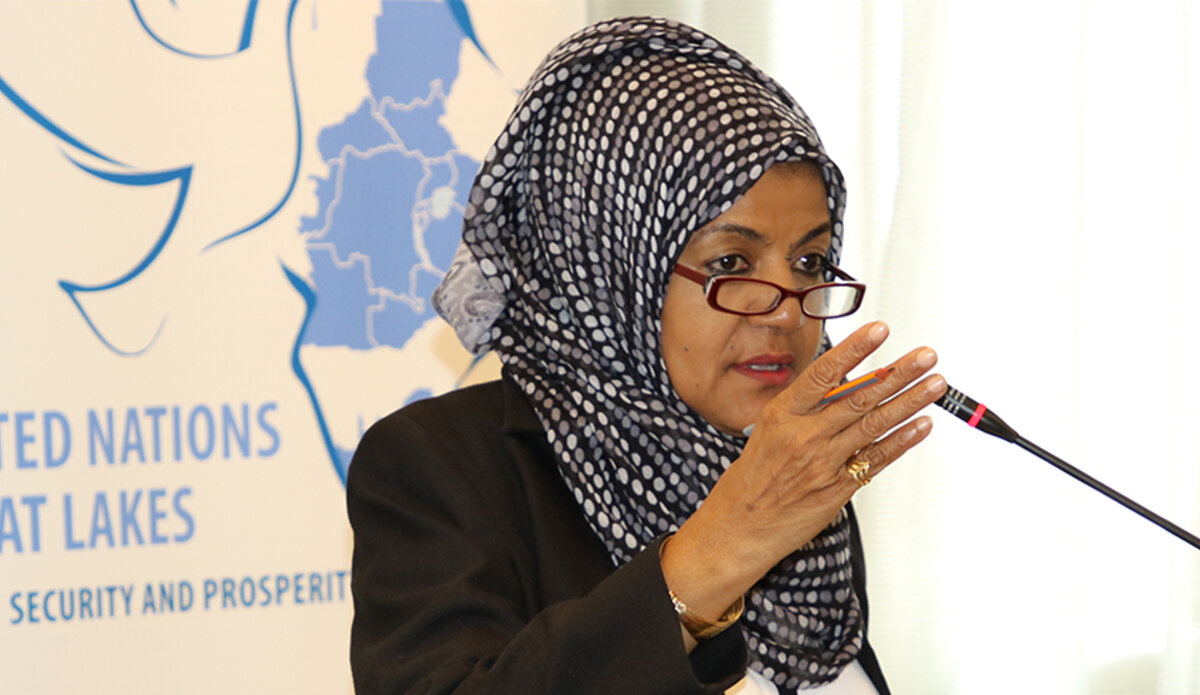 The Great Lakes region has witnessed egregious violations of women’s rights in the context of civil and inter-state wars, foreign intervention in Congolese politics, and gross state mismanagement. These realities, combined with intense demand for the Democratic Republic of Congo’s (DRC) natural resources in the global economy, have resulted in perpetual tensions that have prevented or curtailed important social, economic, and political development locally. 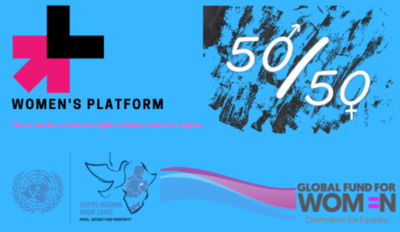 Many women fear denouncing sexual crimes because of the norm of stigmatization and rejection by communities, and due to lack of justice. Despite international and domestic laws criminalizing sexual violence, its prevalence remains at extreme proportions in northeastern DRC. Similarly, despite a wealth of natural resources, the DRC has some of the world’s worst statistics in terms of life expectancy, education, standard of living, and key health indicators such as maternal and child mortality (International Rescue Committee 2011).

In February 2013, the governments of the Great Lakes region and the international community collectively committed to ending the conflict once and for all. Brokered by the UN and the African Union, the Peace, Security and Cooperation (PSC) Framework agreement for the DRC and the region signed in Addis Ababa in February 2013, brought 13 nations of the region into a comprehensive pact to stop the cycles of violence by addressing its root causes and fostering trust between the DRC and its neighbors. The 13 signatory countries were the DRC, Angola, Burundi, the Central African Republic, the Republic of Congo, Kenya, Rwanda, South Africa, South Sudan, Sudan, Tanzania, Uganda and Zambia.

To ensure that women are fully involved, and to underscore the importance of promoting an active and visible approach of mainstreaming a gender perspective into the PSC Framework, including to respond to women’s rights and protection in a comprehensive manner in the peace process, the Women’s Platform for the Peace, Security and Cooperation Framework was launched in January 2014 by the Office of the Special Envoy for the Great Lakes region. The Platform builds on the momentum that is already being generated by women’s groups and women’s movements to claim justice, peace, and security for all citizens in the Great Lakes region. The purpose of the Platform is to enable women’s organizations to actively contribute to the implementation of the PSC Framework by supporting them to strengthen their collective action, providing grants for relevant projects, and enabling women to play an active and sustained role in the overall peace process.

In the context of International Women’s Day (8 March), we have been speaking to women active in UN peace operations in the field (see our previous stories here and here and here). For the last interview of this series, we spoke to Nene Bah, gender adviser at the Office of the UN Special Envoy for the Great Lakes region. She is working on making sure that women are included in the discussions regarding peace and security in the Great Lakes, and especially the implementation of the Peace, Security and Cooperation (PSC) Framework for the Democratic Republic of the Congo (DRC) and the Great Lakes region of Africa. 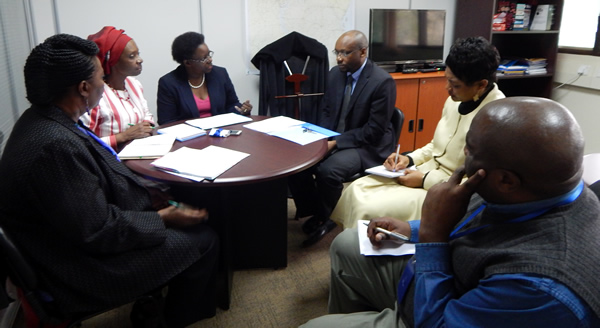 1 July 2015 - UN Women is the United Nations Development Group (UNDG) Focal Point for Burundi. Given the ongoing political situation, UN Women sought to meet with the Office of the Special Envoy of the Secretary-General for the Great Lakes region (OSESG-GL) to get a better understanding of the development on the ground, on the political front, seek guidance to inform UN Women’s role and that of the entire United Nations Country Team (UNCT) on how to meaningfully engage with the Burundi situation.

From 13-15 May 2015, the Office of the Special Envoy of the Secretary-General for the Great Lakes Region in collaboration with the core implementing partners of the Women’s Platform; the Global Fund for Women (GFW); Fonds pour les Femmes Congolaises (FFC); Femme Africa Solidarite (FAS); the Office of the Special Representative of the Secretary General for Sexual Violence in Conflict; and with support from MONUSCO, organized the above meeting in Goma, DRC.

Goma, 15 May, 2015 – A three-day meeting of the Women's Platform for the Peace, Security and Cooperation Framework agreement for the Democratic Republic of the Congo and the Great Lakes region was held in Goma, North Kivu, from 13 to 15 May 2015.

In attendance were sixty women leaders representing 35 organizations that received grants from the Trust Fund established by the Office of the UN Special Envoy for the Great Lakes region, thanks to contributions from the Dutch and Irish Governments.

Funding a Women’s Movement Against Sexual Violence in the Democratic Republic of Congo: 2004-2009

Funding a Women’s Movement Against Sexual Violence in the Democratic Republic of Congo: 2004-2009 is an in-depth study of the underlying causes of violence in the region and how Global Fund support has helped women’s groups to promote women's leadership, peace, justice, and respect for human rights. Over five years, we supported 70 groups with over $880,000 in grants as they implemented innovative community-based strategies. The report shares 10 case studies and recommendations for donors. The report is authored by Muadi Mukenge, Program Director for Sub-Saharan Africa, Caitlin Stanton, Senior Development Officer and Aimée Mwadi Kady, GFW Advisor and National Director of SWAA-Congo. The report is available in English and French.

Over the next three years, the women's platform for peace, security and cooperation framework (WP)- under the direction of former Irish President, Mary Robinson, the United Nations appointed Special Envoy for the Great Lakes -- will work to ensure that women in the Democratic Republic of Congo (DRC) and the region are engaged in the implementation of the 2013 Peace, Security and Cooperation Framework (PSC). The PSC is a hallmark peace agreement intended to bring sustainable peace in the Democratic Republic of Congo and the Great Lakes Region of Africa after 17 years of war.

Training to Change Attitude to Prevent and Punish Sexual Violence

Training to Change Attitude to Prevent and Punish Sexual Violence