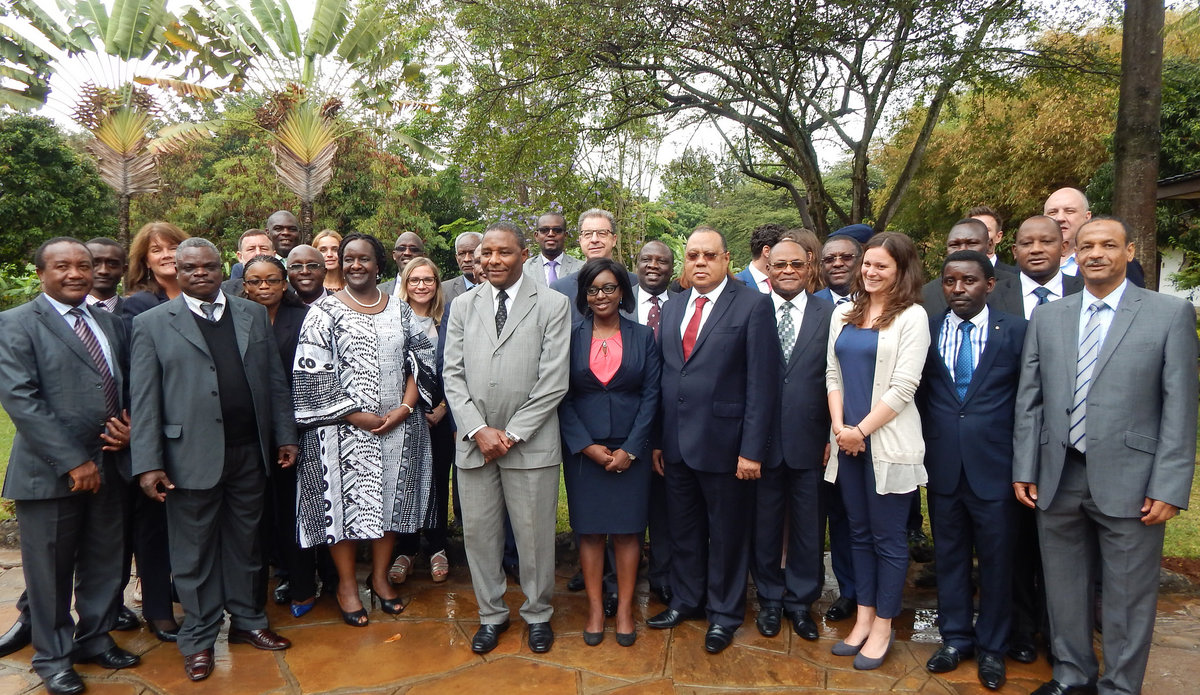 Combating impunity is key to ending cycles of violence in the Great Lakes region.  Recognizing this, the Peace, Security and Cooperation Framework for the Democratic Republic of Congo and the region (PSC Framework) requires the Heads of State of the signatory countries to neither harbor nor provide protection to persons accused of war crimes, crimes against humanity, genocide or falling under the UN Sanctions Regime, and to facilitate the administration of justice through judicial cooperation within the Great Lakes region.

Various countries in the Great Lakes region have carried out national prosecutions of international crimes and have legal framework to carry out such prosecutions. Nevertheless, much more remains to be done at the political, legal and practical levels to effectively fight impunity and bring those who have committed crimes, in particular sexual and gender based violence, to justice at national, regional and international levels. An important step towards ensuring accountability in the Great Lakes region, is ongoing efforts to increase judicial cooperation between countries, especially regarding requests for extradition and mutual legal assistance. During 2016, the Office of the Special Envoy in partnership with the International Conference on the Great Lakes Region (ICGLR) and others UN and international organizations, including the United Nations Stabilization Mission in the Democratic Republic of the Congo (MONUSCO) Joint Human Rights Office, United Nations Development Programme (UNDP) and the International Center for Transitional Justice, brought together heads of prosecution and investigation services from the Great Lakes region to improve judicial cooperation. The delegates agreed to establish a Great Lakes Judicial Cooperation Network that will improve cooperation, provide easy access to relevant legislation and focal points in the region, and build trust and confidence among neighbouring states. It will also contribute to strengthening justice systems in the region. The Great Lakes Judicial Cooperation Network was officially established in November 2016, when heads of prosecution agreed on its terms of reference. The Great Lakes Judicial Cooperation Network is led by ICGLR with support from UNODC, the Office of the Special Envoy and the UN Great Lakes Regional Strategic Framework’s pillar six on ‘judicial cooperation and conflict prevention’. In May 2017 in Vienna, Austria, in the margins of the 26th session of the Commission on Crime Prevention and Criminal Justice, the partners convened a side event, “Prosecutors joining forces in the fight against cross-border crime” aimed to support the operationalization of the Great Lakes Judicial Cooperation Network.

In 2016, the Office of the Special Envoy also co-organized with the ICGLR Regional Training Facility on Sexual and Gender-Based Violence and the African Union a forum on access to justice with experts and national authorities from the region developing concrete ways forward to ensure better access for victims of such crimes, and stronger investigations and prosecutions.

In its activities, the Office of the Special Envoy coordinates, amongst others, with Governments from the region, ICGLR, the United Nations Office on Drugs and Crime (UNODC), and UNDP. To strengthen the partnership amongst UN agencies in Burundi, the Democratic Republic of Congo, Rwanda, Tanzania and Uganda, the UN agencies, under the co-lead of UNDP, the United Nations Regional Centre for Peace and Disarmament (UNREC) and the Office of the United Nations High Commissioner for Human Rights (OHCHR), align their activities regarding judicial cooperation under pillar six of the UN Great Lakes Regional Strategic Framework.

Outcome from the February 2016 meeting on judicial cooperation (ICTJ)