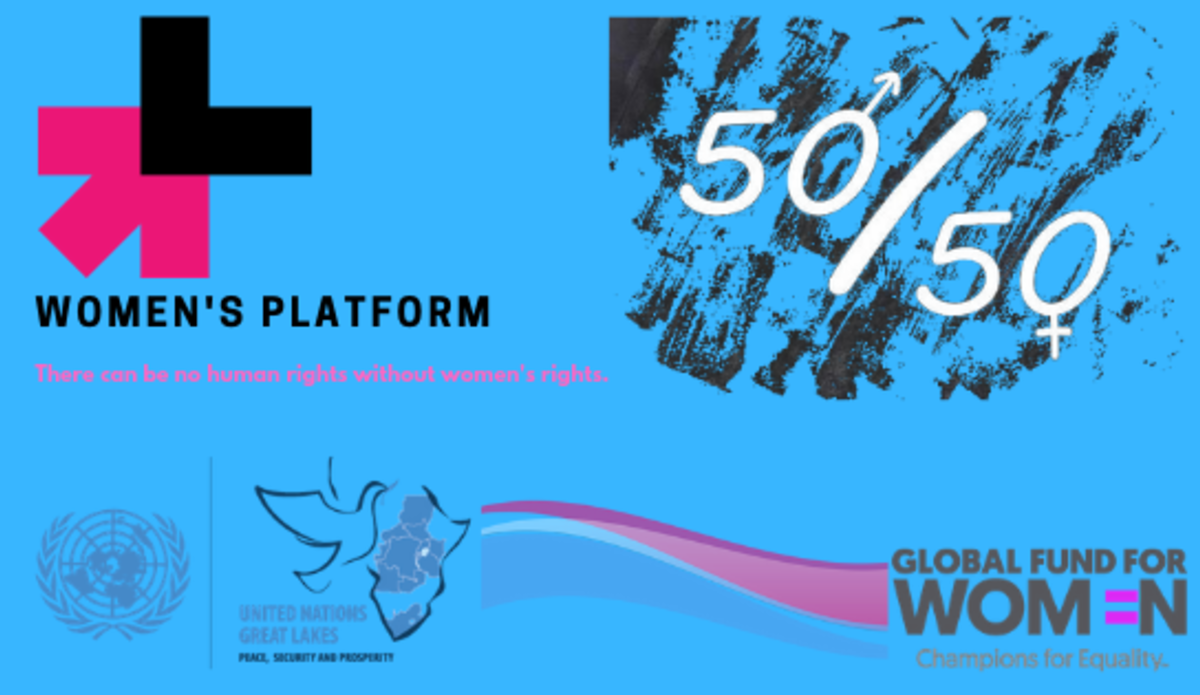 For over two decades, the Great Lakes Region of Africa has been engulfed in armed conflict with escalating instability and violence. Women, who comprise more than 50 percent of the population in the region, have been the most affected by the conflict, together with children. Millions of women have lost their lives, family members, livelihood and property. Women and girls have been abducted to join armed groups and to serve as sex slaves. They account for the largest number of refugees and IDPs in the camps, where they have limited access to basic social services, health and education. They have suffered from extreme physical and psychological trauma and stigma in society. The disruption of economic activities and deteriorating conditions have required women to take up responsibilities for households with limited access to viable means of production and equitable access to benefits of resources. Women are vastly under-represented in the decision-making processes in peace building and their specific needs are unmet in most of the peace building initiatives that remain gender blind.

In February 2013, the governments of the Great Lakes region and the international community collectively committed to ending the recurring conflicts in eastern DR Congo once and for all. Brokered by the UN and the African Union, the Peace, Security and Cooperation (PSC) Framework for the DRC and the region -- signed in Addis Ababa in February 2013 -- brings 13 nations of the region into a comprehensive pact to stop the cycles of conflict by resolving their root causes and fostering trust between the DRC and its neighbors.

To ensure that women are fully involved, and to underscore the importance of promoting an active and visible approach of mainstreaming a gender perspective into the PSC-Framework, including to respond to women’s rights and protection in a comprehensive manner in the peace process, the Women’s Platform for the Peace, Security and Cooperation Framework was launched in January 2014 by the Office of the Special Envoy of the Secretary General for the Great Lakes Region (OSESG-GL). The Platform builds on the momentum that is already being generated by women’s groups and women’s movements to claim justice, peace, and security for all citizens in the Great Lakes region. The purpose of the Platform is to enable women’s organizations to actively contribute to the implementation of the PSC Framework by supporting them to strengthen their collective action, providing grants for relevant projects, and enabling women to play an active and sustained role in the overall peace process.

The implementing partners for the Women’s Platform include: OSESG-GL, Global Fund for Women, the Office of the Special Representative of the Secretary-General on Sexual Violence in Conflict (OSRSG-SViC), UN Women, and Fonds pour les Femmes Congolaises (FFC).

Since the launch of the initiative, women have contributed significantly to peace building efforts in the region.  Women at community level have led dialogues with youth, armed rebel groups, ethnic communities in conflict, and local authorities and security forces that have resulted in youths putting down arms and speaking to their peers about leaving armed groups.  They have also directly contributed to the release of innocent persons detained by armed groups and local security forces, inter-community reconciliation, and increased collaboration and sharing of early-warning signs between peace and security committees at the community-level and security forces. Some of the larger, women-led civil society organizations (CSOs) at the regional level have ensured women’s participation in official peace dialogues in the region, built the capacity of women involved in the development of National Action Plans for UNSCR 1325, and vastly increased women’s political participation at the grassroots level.

However, these women at the grassroots level are rarely acknowledged, resourced, or invited to the peace table, and it is recognized that the political space for women’s participation and advancement, particularly in more senior levels of engagement, has reduced.  At the same time movements that bring together multiple actors across sectors is one of the most effective ways of achieving lasting change, and the more collaboration can be achieved between actors for peace at all levels - local, national, and regional - the stronger movements for peace will become.   Given the nature of the conflict in the region, strengthening cross-border collaboration and movements is therefore essential to reducing conflict, with meetings at all levels providing important space for networking, building relationships, and reflecting on joint strategies between various actors working for a similar cause..

The Women’s Platform is seen as essential body for the empowerment of women to ensure that they are included in peacebuilding efforts at the local, national, and regional level, and play critical roles in the implementation of landmark Framework Agreement and the relevant commitments to achieve peace, security and justice for all in the Great Lakes region.